HTML forms allow users to join mailing lists, purchase products, and send feedback over the Internet or an intranet. Forms can contain text fields, buttons, check boxes, drop-down menus, and lists; users can use these controls to enter text, securely submit passwords, and even upload files.

The most important thing to know about forms is that they can’t exist in a void; when you create a form, you must also create a server-based script or application to process the data submitted from that form. Such scripts and applications often, but not always, use the CGI (Common Gateway Interface) protocol, and may be written in languages such as Perl, C, Java, and AppleScript®. The protocols and languages you can use depend on the Web server software and the platform that the Web server software runs on.

If you want to use HTML forms as part of your Web site, you must use a third-party tool to build the server-side script or application. For information about how to approach this task, talk to your Webmaster. 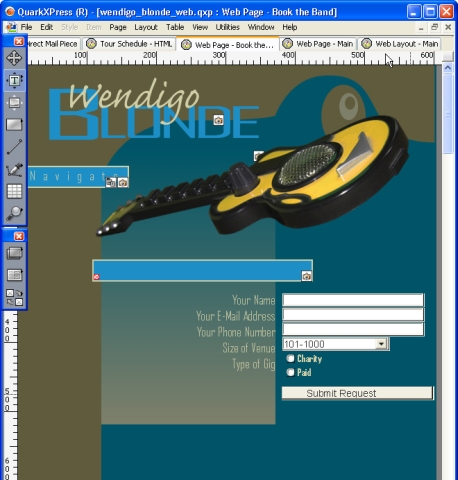 You can use a form to gather information about your Web site’s visitors.